So it turns out that it wasn’t just a fluke – I’m actually over my book hangover and back into reading again. You have absolutely no idea how exciting this is because there seen to be a million books I want to read this year. Today I indulged in my mystery thriller obsession and opted for Karen M. McManus’ ‘The Cousins’. This was such a popular book last month/year and I remember there was a real buzz around it. Now I finally managed to get my hands on a copy, I wanted to see what the fuss was all about.

Milly, Aubrey, and Jonah Story are cousins, but they barely know each another, and they’ve never even met their grandmother. Rich and reclusive, she disinherited their parents before they were born. So when they each receive a letter inviting them to work at her island resort for the summer, they’re surprised… and curious.

Their parents are all clear on one point—not going is not an option. This could be the opportunity to get back into Grandmother’s good graces. But when the cousins arrive on the island, it’s immediately clear that she has different plans for them. And the longer they stay, the more they realize how mysterious—and dark—their family’s past is.

The entire Story family has secrets. Whatever pulled them apart years ago isn’t over—and this summer, the cousins will learn everything.

I’m familiar with Karen M. McManus’ work since her debut novel hit shelves in 2017, her work is quickly becoming known as some of the best YA mystery thriller work on the market right now. I have a couple of reviews pending for her other work; but today I chose The Cousins as my newest read. I had to admit, I was pretty much drawn in by the synopsis over the cover in this case. Usually I’m pretty critical of the books cover. I have to admit that I don’t particularly enjoy the cover of the US version or the UK version – what had me reaching for this read was the interesting synopsis on the back!

The Cousins is a contemporary mystery thriller which focusses around the lives of Mildred or ‘Milly’, Audrey and Jonah Story – estranged cousins and would-be heirs to their grandmother’s extensive Estate. Or at least, they would be had their parents not been cut off mysteriously some twenty-four years prior. Yes, this book did what I love and appealed to my inner detective – and boy was I surprised with the grand reveal. The plot was increasingly interesting because no matter what, I couldn’t shake my need to find out what had happened to cause Mildred Story (Snr) to cut off her four beloved children just a year after her husband’s death. Given that her husband’s headstone read ‘Family First, Always’ – it just didn’t make sense. Something bad had to have happened, right? Of course I’m not going to spoil the plot for you because then you won’t have the pleasure of reading the book; but the introduction of characters and little twists here and there really kept my focus.

My favourite cousin for some reason was Milly. She was clever and more intuitive than I had expected, especially given how she makes clear to point out she is more than average academically. I feel like Milly’s style would be that of Victoria Beckham’s – sleek, elegant, posh. Audrey was more reserved, shy, regular. While none of ‘the cousins’ were living up to their parents expectations fully, Audrey was the one who would have been the closest. She was definitely the middle ground between the three characters. Then we’re left with Jonah; mysterious, intelligent but definitely seemed to be like an arse (sorry, not sorry). Though these are the three main characters, we’re showered with a whole host of essential and none-essential secondary characters – including of course, the four Story children who somehow managed to get themselves disinherited and disowned.

I do have to admit though, that unlike her previous works, this one was a little slow to get off the ground. There were parts in which I felt the story was drawn out, and only my sheer stubbornness not to start the year with a ‘DNF’ was enough to push me to continue to read. Though I normally enjoy cycling through different POVs, I found it a little tedious in this case. Some chapters felt a lot longer and drawn out than others – which in turn made the conclusion seem a little rushed out. While this wasn’t my quickest read, it definitely wasn’t my slowest read though. I’m glad I did make it to the end, because I did enjoy the ending though there were certain things I wished had of been tied up a little better than they were.

You have no idea how much I wanted to be giving this one ‘five stars’ because I know that Karen’s work is absolutely fantastic – but a four felt very deserving. The characters were good and the plot twists certainly held my interest for a while. I feel like I may have anticipated the book to be a lot darker than actually was – especially given her previous writing and some of the other mystery thriller reads on the market right now. Perhaps in the future I’ll be able to successfully guess the conclusion to her stories, but until then I look forward to re-reading the authors’ further works in preparation.

Remember that not everybody will have the same opinion! Something that worked for me might not work for you, and visa versa. The whole internet has an opinion, so check out a few others before you decide to dish or ditch this book!

Sifa @ Sifa Elizabeth Reads says “The ending has certainly been left open enough for there to be a sequel, and I’d like to spend more time with the Story cousins.”

Britt @ Britt’s Book Club says “The story itself was a fun one.”

While researching the book, I noticed that the cover for The Cousins (as with Karen McManus’ others works) have regional covers for their releases in the US and UK. As previously mentioned, I don’t particularly like either of these and I’m not entirely sure why.

Karen M. McManus is the #1 New York Times, USA Today, and international bestselling author of One of Us Is Lying, Two Can Keep a Secret, and One of Us Is Next. Her fourth novel, The Cousins, will publish in December 2020. Her work has been translated into more than 40 languages worldwide. Karen lives in Massachusetts and holds a master’s degree in Journalism from Northeastern University, which she mostly uses to draft fake news stories for her novels.

Another book down, another review uploaded! Can you name a book you want to know more about but can’t find on my blog? Something stuck on your TBR list? Leave me a comment below and let me know what you think. All read requests are acknowledged and appreciated! Until next time guys,

2 thoughts on “Book Review ♡ The Cousins by Karen M McManus”

This site uses Akismet to reduce spam. Learn how your comment data is processed. 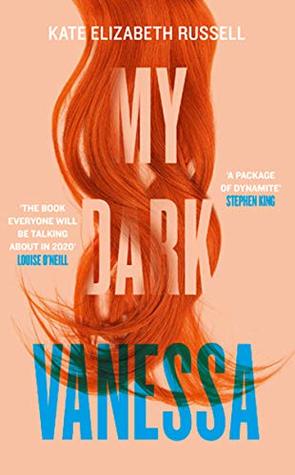